Official release of portrait of the Gyalsey« BACK TO NEWS 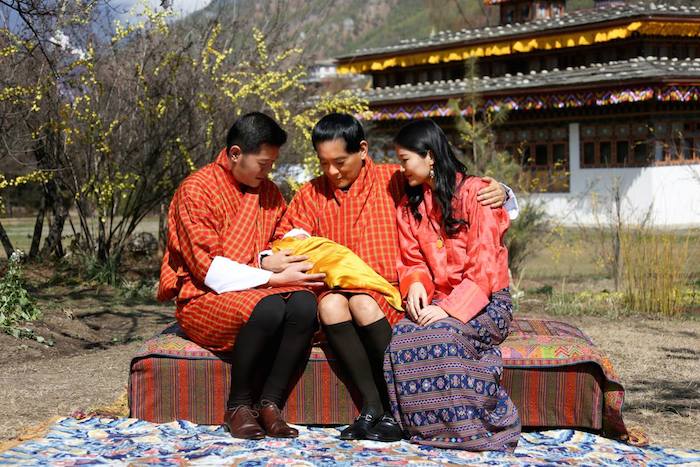 Coinciding with the celebration of lunar New Year (Dangpa Loasar), the first official portrait of His Highness the Gyalsey has been release through the official Facebook post of the Queen of Bhutan, Ashi Jetsun Pema. His Royal Highness, the prince is surrounded by the King of Bhutan, Her Majesty the Queen mother and the fourth King seated in front of the Lingkana Palace in the capital city.

Further, in connection to the birth of the prince, the Cabinet ministers, Royal Chief Justice, The Chief Abbot and the head of Military personnel gathered at the Royal Palace to wish His Majesty the King a happy Lunar New Year.