First Snowfall of 2016 in Bhutan« BACK TO NEWS 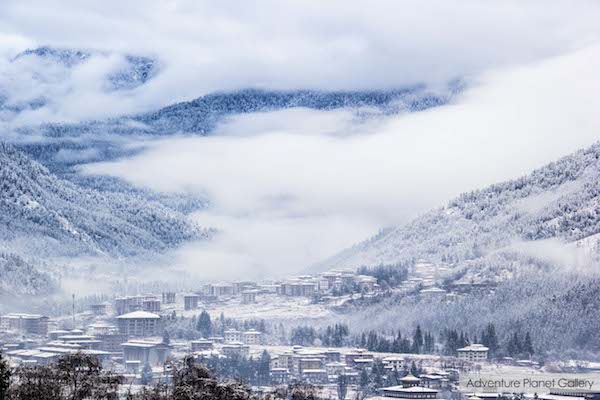 Following two years of discontinuation, Bhutan finally recieved its first snowfall of the year 2016 on 19th January. In the capital city Thimphu, the snowfall started at late night untill the following morning. The entire valley remained under snow cover bringing a unique joy and happiness to the people. People were scattered in every nook and corner at the break of dawn building snowman and having fun in the snow.

Following the morning sunshine, the snow cover at the lower valley started to disappear and by afternoon there was no sign of snow. However, the higher places such as the hills and mountain still retains some patches of snow.

Similarly, snowfall in the major mountain passes of Bhutan was quite remarkable and on the day of snowfall, public transport was totally paused for the safety reasons. Still the highest passe like Chelela has snow in its freshness and traveling to this pass is next to impossible still, due to the road blockage by thick snow and ice.

Going by the present weather condition, second snowfall is likely to take place.