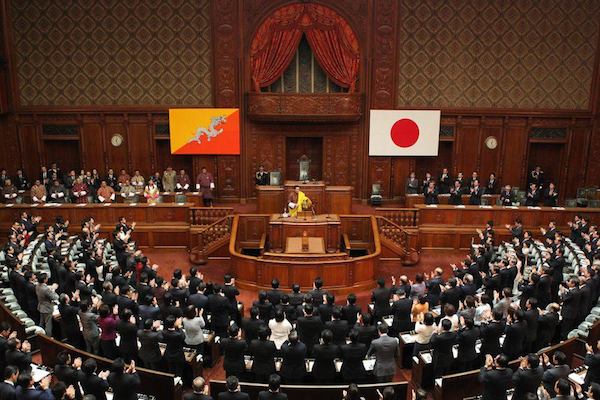 According to the press released by Tourism Council of Bhutan on 19th January, Bhutan and Japan will be celebrating 30 years of its close friendship ties this year. Japan has a been a very close development partner of Bhutan in the field of agriculture and the history dates back to early 1980s, when the Late Dasho Nishioka initiated several agriculture projects in Bhutan.

Nishioka was a prominent Japanese personnel who spent his entire life in Bhutan devoting his service to the triple Gems. His legacies in agriculture sector development could be still seen in a place like Paro where agriculture is fully mechanized. In fact Paro is non-like any other places in Bhutan. It has the best of agriculture practices in the country.

Besides, Japan is also one of the major sources of tourism market for Bhutan and the arrival of first Japanese tourist in the country was recorded in 1975. Still today Japanese tourist tops the annual tourists arrival in Bhutan by nationality.

So coinciding with three big auspicious events in the country, the government of Bhutan will be offering a special friendship tour packages to Japanese tourists starting from 1st June till 30th August.

Interested Japanese can start booking tour with concerned travel agent from Bhutan directly or with over seas travel agencies.